To hobo is to work gig to gig while wandering. I was not a bum or a tramp, not to disparage those good folks. I was not a beatnik or a hippie. I ran out of Sylvie’s pills but the chip on my shoulder did not grow back. I did not run around or stand on street corners with a veteran sign hanging around my neck. I was not a superhero, nor an antihero. To look at me, talk to me, you would never guess I was a god. I was not a surfer or a hodad, a punk or a hood. In terms of socio economic demographic analysis, Venice was a good fit for me, where, it was sometimes said, figuratively, by those not in know, ignorant of street life, the Los Angeles sewer meets the sea (literally, the sewer meets the sea in El Segundo, at the Hyperion Water Reclamation Plant). I was not part of some well intentioned social worker’s caseload. I was not out on parole, had no record, though I stood ready to assist with whatever community service might come my way. I was not on the run. Neither was I looking to put down any roots. I had a few old connections still, friends, if you didn’t ask for too much: Sylvie, Wormy, Ray, Walter. As I may have mentioned earlier in these episodes, I remained aware of my privileged position, and would not claim that I was in any way independent of society, though I would argue I was free of many of the systemic webs most are caught up in, often unawares, even if caught for a lifetime. I had few needs and even fewer wants. I had effectively disappeared. I was no longer a person. My only daily target action plan was to avoid impeding another’s notion of progress, physical or mental, to avoid falling into a bucket of crabs. So I was briefly startled, continuing my way north along the Venice Boardwalk, seeing the yellow hummer reappear at the end of a side street, two obviously holding thugs hopping out to greet me. The inside of the hummer, its back windows blacked out, was modified and equipped with high tech surveillance tools: computers, high powered scopes, cameras, radios, closed circuit electronics, biometric kits, affective computing tools, face recognition and thermogram devices and screens, wireless tracking devices, microchip implant kits, covert listening and GPS tools. The yellow hummer was a spider in a webbed Internet of person things (IoPT). We’re private not government the thugs were quick to assure me. Sylvie asked us to set up a Zoom chat with you. She’s concerned you’ve not been answering her text messages.

“Under Surveillance” is episode 56 of Inventories, a Novel in Progress in Serial Format at The Coming of the Toads.

If privacy is a value,
it’s simply a worth
we want, and what we want
is not always what is good
for us:
we want alcohol,
tobacco, and firearms;
fast cars with sound
so loud we need
earplugs;
instant accesses
to tête-à-tête boxes
where we spy
on our bosses.

But is privacy a virtue,
like love, patience, for
giveness,
joy of living, or courage
to befriend?

Abuse of surveillance
does not make a virtue
of privacy,
just as, as Ivan Illich
explained,
protection
is not the same as
safety.

But getting back
to privacy:
we want to be seen
and heard at the party
but not in the morning
when the porcelain white
face throws up
its image in the little pond.

The poet wants to be read:
“Read me! Read me!”
But the words seem so
private,
no way to enter
the text.
“I’m in here!”
the poet exclaims,
as if from the depths
of some Xanadu privy,
and when we hear
the roller of big cigars,
his call a private scream
behind a rude screen,
we know the poem
is finished
and about
to go
public.

In public the words squirm
for privacy, wriggling
across the page
heading
for a clear margin. 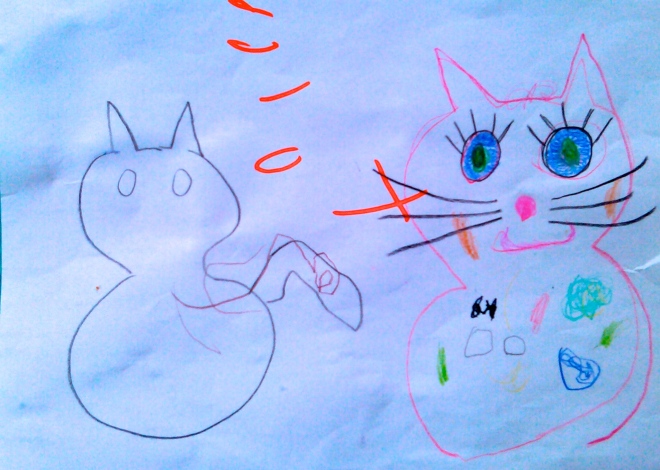