Here is a very short excerpt from the “Wintertide” chapter of “Coconut Oil.”

Oh, and the jouissance of the creamy oil’s single flavor savors of favor, in the bath, kitchen, by the four-poster or berth, for dry skin, diaper rash, or when the dark knells for thee. No need to refrigerate. Oil squeaky hinges, refurbish dull wood finishes, fry Copper River salmon in cast iron skillet, remove warts (rub under duct tape), fly cats to the moon or snorkel under ocean kelp beds, race around the ceiling, the coconut salesman is at your door!

Be the first on your block to order a copy of “Coconut Oil”! 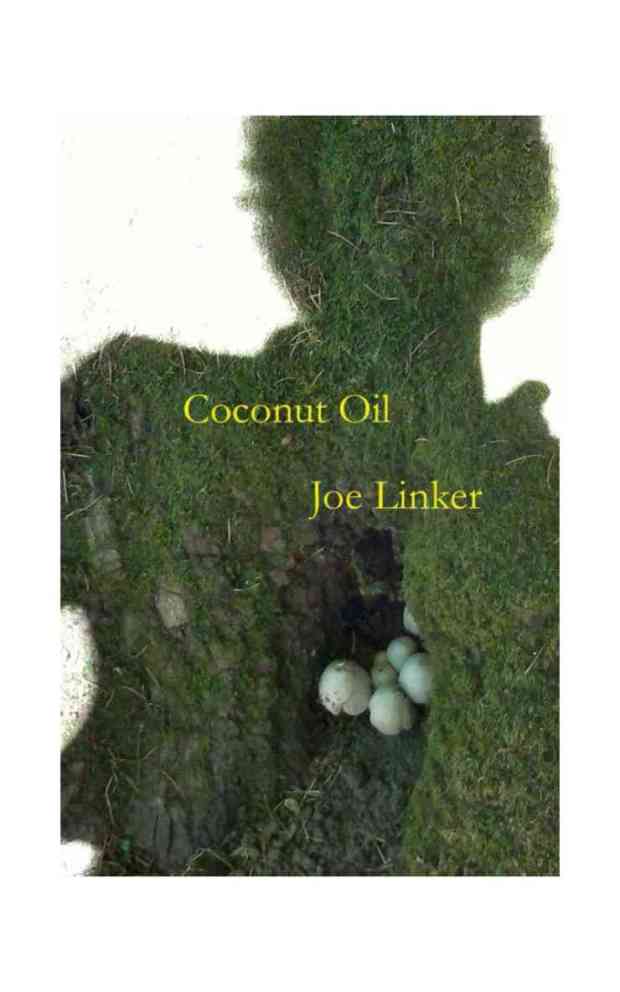 a sharp as brittle as glass

Bone tired and dogged they were
Now in the dog days of their runs as big dogs
Woofing at their virtual waves barking tall
In the overhead grass under a big
Ocean prairie sky panting and drooling in
The tall dry smoky grass.

Who listens to this doggerel we’re wishing still big
And long swells to the lucky dogs under running laughter in
The whirling wind through the tall sea grass!