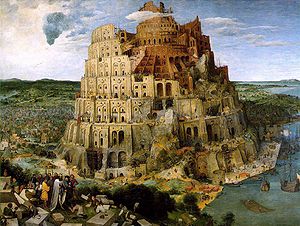 The frequency and severity of institutional crashes lately keep ringing in our ears. What becomes of credibility and reliability when the actuarial body politic, responsible for making the rules, tracking the results, and revising accordingly, errors in judgment, planning, execution, and follow-up? First AIG, now APA.

A few weeks ago, we dripped a bit of our mild satire on APA’s capricious decision to switch back to the double space following a period at the end of a sentence. At the same time, we made note of a one-off blog tracking the changes and mild hysteria following the publication of the APA 6th edition, back in July. The APA style site has now posted an apology, an eight page list of corrections, and corrected APA sample papers; the first printing of the APA 6th edition, it’s now fully disclosed, is rife with errors. It’s an OCD disaster.

The APA note of apology reads like a Wall Street firm lobbying for a bail out. From that note:

“The aggregate of these noted pages may look significant, but in the majority of cases, the noted change is relatively minor…Corrections to the first printing of the manual have been organized into four categories in an effort to group like changes together: Errors in APA Style Rules, Errors in Examples, Clarifications, and Nonsignificant [sic] Typos.”

When does a number of minor problems reach a level equal to a major problem? What is needed is a repeal of the McCarran-Ferguson Act as it relates to the federal regulation of style manuals – to centralize control, avoid styled obsolescence, and bail out confused students. The silliness of the obsessive distinctions is made manifest by the unnecessary and arbitrary revisions, the Tower of Babel like edifice that has crashed into a Confusion of Tongues, and the failure of even the experts to remember or to follow the rules.

Scratch that last paragraph. Terrible idea. A confusion of tongues is exactly what’s needed. Specialization leads to extinction. And we do intend to invoke the opt-out provision on the double space following the period.