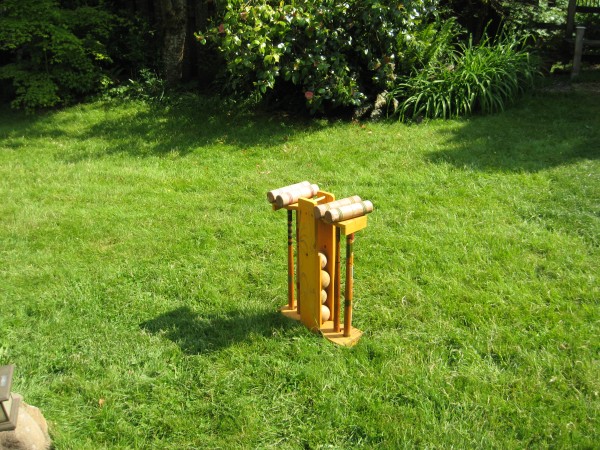 Writing and the Wickets of Croquet 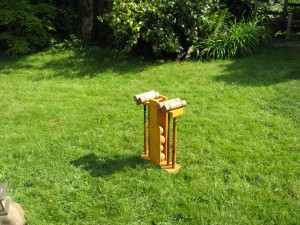 In Chapter VIII of Lewis Carroll’s Alice’s Adventures in Wonderland, titled “The Queen’s Croquet-Ground,” Alice plays a game of croquet with some of the Wonderland characters. Croquet, of course, at least as played in the domestic, backyard game I am familiar with, is notorious for its confusion of rules, which reminds me of rules for writing.

“Alice thought she had never seen such a curious croquet-ground in her life; it was all ridges and furrows; the balls were live hedgehogs, the mallets live flamingoes, and the soldiers had to double themselves up and to stand on their hands and feet, to make the arches.”

Just so, as I sit down to compose, I must first compose myself, and decide which pose I should adopt. But the words soon reveal themselves to be live hedgehogs (spiny and fortified), the keyboard a live flamingo (awkward, to say the least).

“The players all played at once without waiting for turns, quarrelling all the while, and fighting for the hedgehogs; and in a very short time the Queen was in a furious passion, and went stamping about, and shouting ‘Off with his head!’ or ‘Off with her head!’ about once in a minute.”

The Queen would be the reader, the grader, the scorer, but what’s she looking for in this game with so many rubrics on the field all at once? A fragment and it’s off with your head.

“‘I don’t think they play at all fairly,’ Alice began, in rather a complaining tone, ‘and they all quarrel so dreadfully one can’t hear oneself speak — and they don’t seem to have any rules in particular; at least, if there are, nobody attends to them — and you’ve no idea how confusing it is all the things being alive; for instance, there’s the arch I’ve got to go through next walking about at the other end of the ground — and I should have croqueted the Queen’s hedgehog just now, only it ran away when it saw mine coming!’”

Style is a way of putting the words to sleep, of arresting the croquet balls and mallets. Alice is talking to the Cheshire Cat, who has only partially reappeared, and who soon disappears, “while the rest of the party went back to the game.”