That title isn’t meant to sound like a sports score. The 19th annual Association of Writers and Writing Programs convention (AWP19) coincides with the 10th anniversary of the online site Berfrois, celebrated these last ten years for its “Literature, Ideas, and Tea.” Berfrois will be at the AWP convention with copies of its recently published books: “Berfrois: The Book,” and “Queen Mob’s Teahouse: Teh Book,” both published under the Dostoyevsky Wannabe Originals imprint of the British publisher Dostoyevsky Wannabe.

The two hard copy books are anthologies. They include writing by various writers that have written for either Berfrois or Queen Mob’s over the years and more. But the writing in these book print anthologies is new, entirely original, previously unpublished in any form. The writing has not been seen online, nor will it be (except of course for quoted material in reviews, etc.). The books represent a new effort by Berfrois editor Russell Bennetts to engage print, a formidable challenge in this age of Ewriting and Ereading in an Eworld. 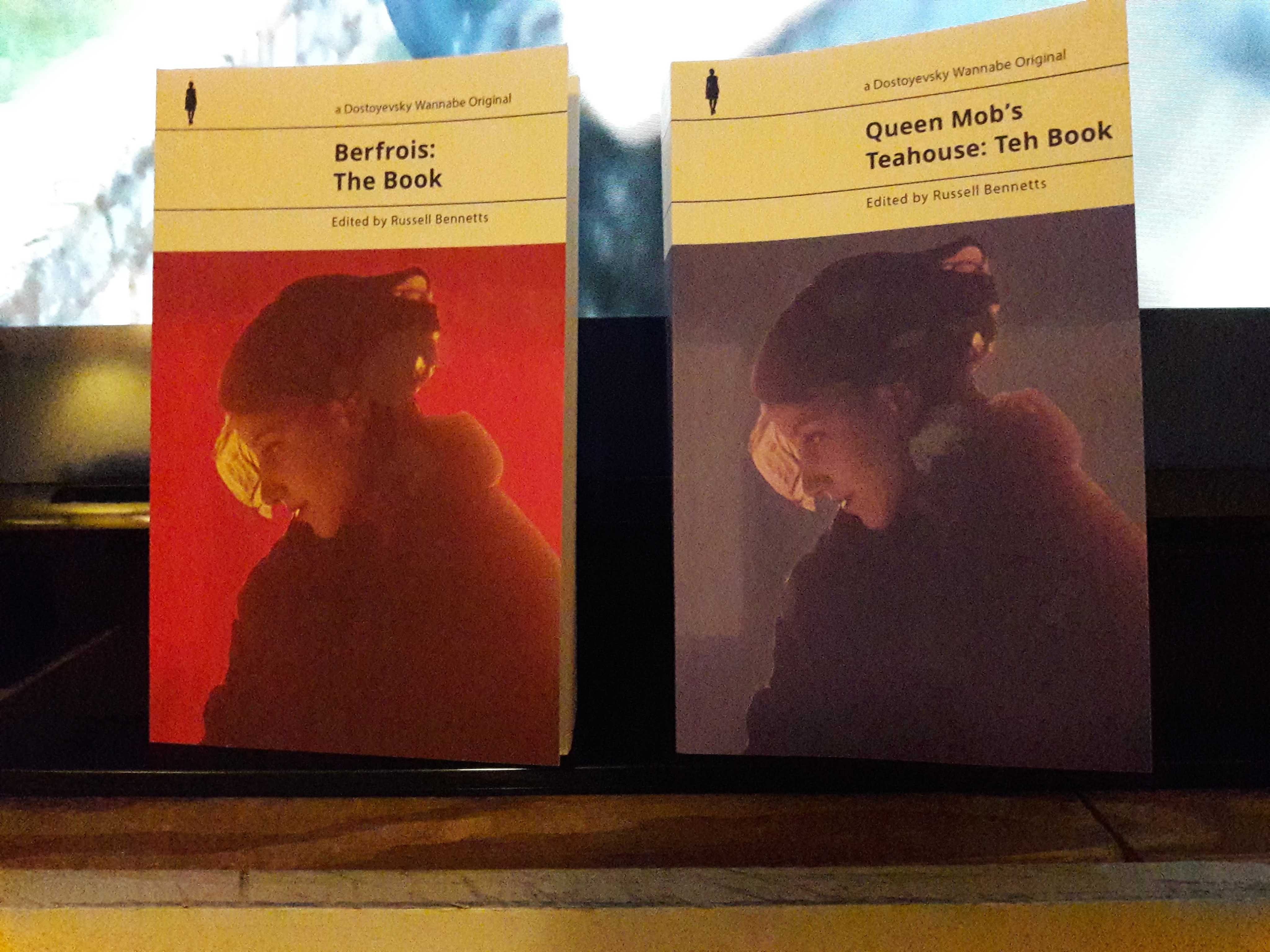 “Berfrois: The Book” opens with an interview with Eley Williams. A tone of humor amid chaos is established. There is something new about a Bennetts interview. The questions are creative and often playful and invite similar response.

A greener piccalilli, You must understand?

The greater the pucker caused by a pickle
The greater a succour becomes hot-tongue-tickled (21).

Speaking of green, author and translator Jessica Sequeira is included in “Berfrois: The Book” with “The Green Pickup: In honour of ST. ALBERTO HURTADO, lay brother of the Society of Jesus & his truck.”

As I wrote, the anecdotes of Hurtado’s story and his writings and my thoughts about him began to condense into the form of an object, the green pickup belonging to the Padre (78).

This is how I imagine an AWP book fair browser might engage with the books that will be exhibited at the Berfrois table, paging through, stopping here and there to take a closer look.

Probably some will stop at the very last piece, a short poem by Daniel Bosch, “Our Apps Demanded: after Hemingway” (387). I wonder if they will pick up on the original, published not quite a hundred years ago.

Imagine a hundred years of Berfrois, of AWP, and you begin to realize the importance of such things to our times and places and persons. Now think of a hundred years without them, a world barren of literary enterprise of any kind.

This is the fourth in a series with notes on AWP19 and the concurrent publication of the Berfrois and QM’sT books. I’m reading through the Berfrois anthologies this week and commenting on the writing and the conference as the week wears on.