In “In the Heart of the Heart of the Country” (1968) William Gass wrote about snow in such a way that you feel the snow blowing in your face, creeping under your eyelids, sticking in your hair, and seeping through every stitch of your clothing, little flakes melting on the heat of your lips and your lips turning blue, as blue as glacier water full of crushed minerals.

Some say the world will end in fire,
Some say in ice.
From what I’ve tasted of desire
I hold with those who favor fire.
But if it had to perish twice,
I think I know enough of hate
To say that for destruction ice
Is also great
And would suffice.

We got hit with an ice storm this weekend, three waves, the first wave a dry snow, then freezing rain, then more freezing rain. We are not in the heart of anything, here, though. We are on the edge of the continent, pushing west still, shoulders at the wheels, more often wet with day old ocean rain from the west rather than freezing winds from the east.

Fire and ice are values; they are not virtues. 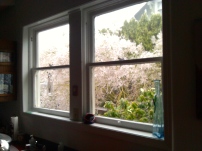 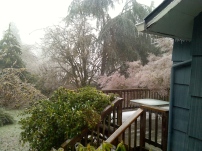 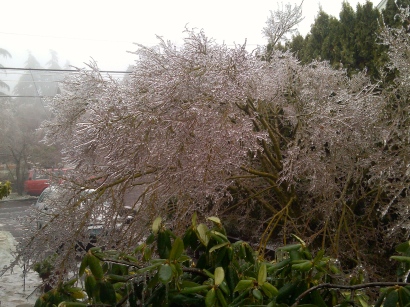 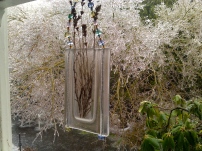 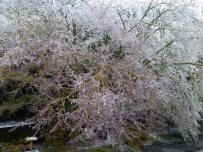 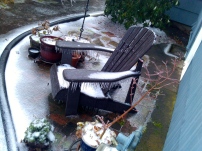