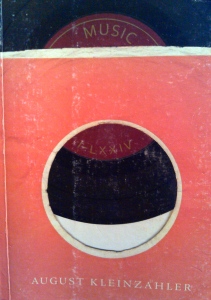 August Kleinzahler’s “Music: I-LXXIV” (Pressed Wafer, 2009) contains 77 arguments musically themed beginning with Liberace and ending with J. S. Bach (a coda adds a desert island list). If you’re up to speed on your Roman numerals, LXXIV is 74, not 77, but August is a poet, here moonlighting as a music critic, and poetic license is not commerce. The difference between opinion and argument is this: of course you are entitled to your own opinion; it’s when you try to persuade someone else to share your opinion that you become the frog in the pan of slowly boiling water.

I found August’s book collection of short essays about music in our neighborhood free library box, the kind of random cool find that makes you a believer in random cool finds. You just have to check the box every now and then. I’ve put a few items in the box. I’ve been putting our Rolling Stone issues in the box. The box is near the bus stop, and I’ve noticed the Rolling Stone copies don’t last long in the box, so they must be popular, and I imagine them being read on Line 15 by commuters with head phones on the way downtown. We’d keep the Rolling Stone issues around the pad longer after we’ve read them, but we don’t like having to look at most of the covers these days. An interesting film a la Andy Warhol might be made from a week long video camera aimed at the neighborhood library box, watching items appear and disappear, identifying lending and reading trends – of a sort.

August’s essays about music are mainly about sounds and movements he likes, so the book is a very positive view of music, and his enthusiasms are catchy. Some idea of what he doesn’t like might emerge from what he doesn’t talk much about, or what he dismisses in an offhand opinion here and there. For example, he mentions James Taylor once, in a single sentence, but the comment is so dismissive it’s one I quickly internalized and can’t forget, but I didn’t bother with marginalia in this read. To give some idea of Kleinzahler’s eclectic selections about music and ideas about music, here are the topics of the first few chapters. Reading the book is like visiting some sort of music museum. I’ve added my own reflective comments about the chapters following what I’ve identified as the topic of that chapter:

I. Liberace: Music is not a person.
II. August’s massive C.D. Collection: Music is not an object.
III. Austin: Music is not a place.
IV. Airplane Music: Music is not a straight line.
V. Cartoon Music: after which chapter I spent an hour or so watching and listening to old Mickey Mouse cartoons on YouTube.
VI. Novelty Music: This was one of my favorite chapters, having never paid much attention to Louis Prima.
VII. Jukebox Music: Distribution is a controlling theme throughout.

And so on, into jazz and classical, pop and rock, blues, instruments and personalities, anecdote and history and cultural comment and artifact; ambient music and comedy albums; harpsichord making; Muddy Waters; Rolling Stones to Howlin’ Wolf, digging for roots.

August’s writing about music is in contrast to Nick Hornby’s, who compiled his “Songbook” also collecting his reviews, his written for magazines, and most of which discuss indie rock music. Hornby doesn’t appear to like jazz, nor, like Kleinzahler, does he go in for self-indulgent riffs, instrumental or otherwise. “Music: I-LXXIV” is eclectic and encyclopedic. It’s a mosaic – a reader might begin and end with any chapter in any order. There are a few perplexing typos throughout, and while the writing is obviously well-referenced, there are few what might be called in-text citations. The chapters might have been blog posts written by a music aficionado that cares more about his topic (music) than about addressing scholastic or academic prescriptivism. But for these reasons it’s a very engaging and entertaining reflective study. Kleinzahler is not afraid to speculate, to surmise, in the midst of his effectively supported arguments, sometimes expressing ideas as claims encouraging further reading or listening. His writing is jazzy, personal, conversational.

Kleinzahler touches on culture and subculture, text and subtext, in a way, speaking of music, we have become familiar with through the writings of Greil Marcus, who, like Hornby, also had a monthly column in The Believer. My Believer subscription lapsed, so I’m not sure if they still appear there or not, but they were usually the first articles I’d read. Hornby’s music reviews seemed to give way to his monthly reading reflections. In any case, Marcus’s writings about music and culture are significant. He’s a kind of deconstructionist who in the end gives you more than a cat’s cradle (where, as Vonnegut pointed out, no cat, no cradle, just string theory).

Two other writers writing about music come to mind, thinking about Kleinzahler’s book: Alex Ross, and Amiri Baraka in “Blues People.” I like Alex Ross writing about music. He’s produced two informative and entertaining books on classical music – he’s a music critic at The New Yorker. But while that all might sound a bit elite, he maintains a cool blog that has become an immense resource, called The Rest is Noise. I very much appreciate that Ross has kept his blog going at a time when so many like him have abandoned their blogs because “no one blogs anymore.” 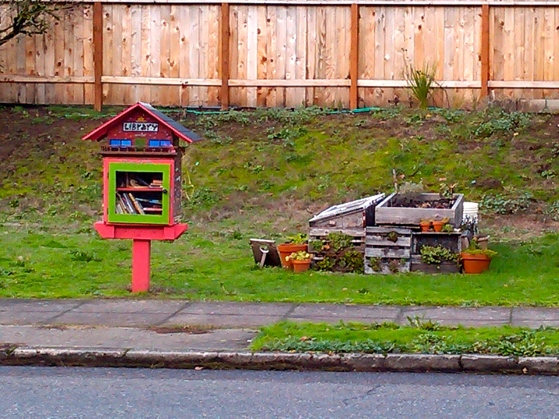 My fortuitous find of August Kleinzahler’s idiosyncratic series of essays about music changes a few things. If what you are reading doesn’t somehow promote change, you might chance upon something else to read. I knew Kleinzahler first as a poet. His preference is for music where the roots lift out of the ground, where antecedents are clear, to gospel, blues, maybe seedy and weedy, music that’s original in its hunger and feeding without losing its bearings, music that might be popular without being particularly commercial, watered down, adulterated with make up and deodorant, the kind of music many listeners may have become consciously aware of reading Leroi Jones (Amiri Baraka) in “Blues People” (1963).

What’s mainly important about writing about music is this: when the writer motivates the reader to follow up and hear some new music, or to re-experience some old music with new ears. And the writers writing about music I mention in the above paragraphs encourage and inspire new listening. Meantime, I’ve passed Kleinzahler’s book on to a neighbor who is another music aficionado, and I’m still following up listening to Kleinzahler’s references and suggestions. This is not a resolution, but I might be at it throughout the new year.