Mr. Teeda with tart taste
hairy-scarfy lips late but at last
arises to seize downtown bus amid
yawns and snort, sneeze and nicks
himself hie shavely in tortello
braggadocio hurry-scurry.
“Out-a-my-way, out-a-my-way,”
Teeda cocoons the mod you
low muddle of his noggin.

“All one needs is the fare,” Mr. Flotsam claims.
“The rest depends on the robes
and suits of one’s
sword swallowed piers.”
“Brobdingnagian egos these
competitive solicitor types,” Mr. Twist explains.
“Half a man most of them, don’t feel
whole without an opponent in their ring
to tort down their ecomanic day,” Teeda says.

The firm still self-identifies
with vocational pigeonholes,
so when the toilet stops up,
they call in a travel agent.
In the boardroom, near the whiteboard,
Teeda polishes his burgundy wingtips
with the hands-off electronic
machine, rubs cream in his hair,
hears the snake’s whir. 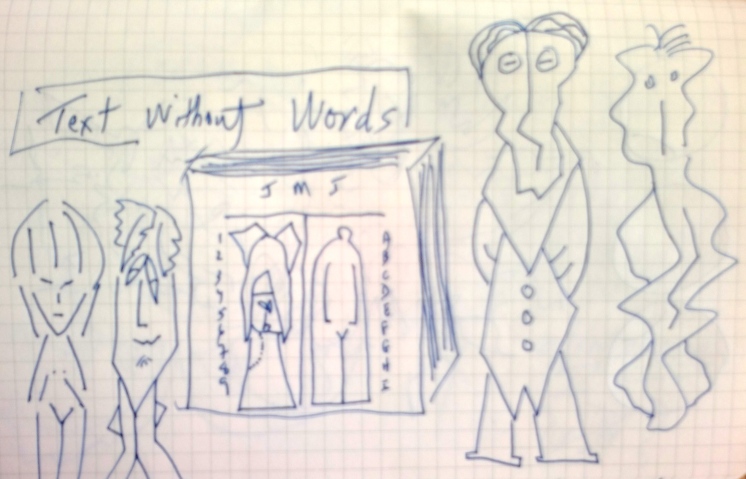