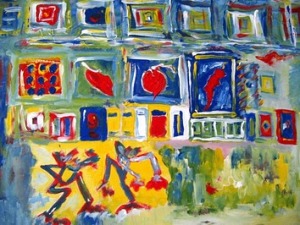 Expecting a hungry poet to visit for a few days, and worried what you’ll dish up?

Here are a few tasty recipe suggestions, taken from the venerable

Go to a dark wood and collect a cup of pine nuts. Soak in vinegar. Secure a dozen duck eggs. In an overwrought crockpot, scramble eggs. Add pinch of gall or to taste. Grate one ode over eggs. Sprinkle pine nuts over top. Bake in pre-heated oven at 500 degrees for 30 minutes. Serve with cornbread laced with peperoncini, cappuccino, and a canto of Chianti. Feeds one starving poet.

Catch a bunch of fresh trout with metaphorical flies in the falls of your basement stairs. Gut and clean fish. Cook fish outdoors on a stoop in a cast-iron skillet filled with Saint Francis of Assisi Ale. Drink what remains of ale while cooking fish. Red table wine may be substituted for ale if fish fail to bite.  After eating fish and downing ale or wine, take a long nap.

Build a fire by setting a match to rejected poems squashed under briquettes in the bed of a cast iron typewriter. Cut and skewer the whiskey cider sauce soaked lamb with pencils and pens. Hold briskets over typewriter fire until charred around the edges and pink in the middle. Eat hot from fire while drinking whiskey neat out of a used beer can.

Unstitch three horsehide baseballs and remove innards. Sew baseballs back together with typewriter ribbon, leaving small opening. Into opening, stuff bits of bittersweet chocolate, rolling ball around in palm until baseball is full and firm. Sew baseball closed. Place baseballs on cookie sheet in 90-degree oven for three hours while listening to Yankees game on the radio. Remove balls from oven and let cool. Open small hole in ball. Suck out chocolate through a straw.

On an early Fall evening, during suburban supper hour, sneak through neighborhood back yards collecting plump, purple plums fallen from ignored trees. If caught stealing plums, apologize and offer to pay for the plums with poems, one each. Explain that you are a doctor making house calls. Get invited inside the house. Check the kids’ ears, noses, and throats. Whip up a plum whiskey lemon sour and share some TV game shows. Carefully examine family members for poems while your plum pudding cools in the icebox.

On the warm summer night of a bloated moon, walk down to the river with a jug of rice wine. Drink responsibly until the jug is empty and the moon has swept down river and over the falls. Return to your shack and sleep until the pony’s whinny wakes you to the smell of scrambled eggs, pine nuts, and hot black tea, and no one is reading poetry.