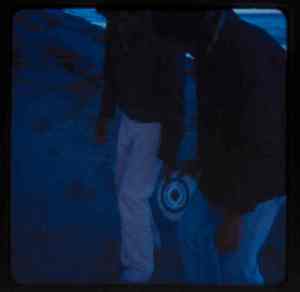 Poems are often compost piles mixed with eggshells broken by past poets, full of word scraps and shards decomposing. Themes leach toward the surface, riding on the juicy skin of earthworms, rising toward the light and warmth of now.

Speaking of now, one such theme is carpe diem, seize the day, or, as Janis Joplin sang, “Get it while you can.” Carpe diem is an argument, an attempt to persuade. Who’s the speaker? Who’s listening? What’s the occasion? What are they talking about? Or is only one talking, the other listening?

Sometimes, abandoned or unintended compost piles volunteer new versions of old, rotted plants, often now cross-fertilizing into new varieties of carrot, turnip, garlic, potato, pepper, pea, bean, tomato, melon, radish, corn; or you might get portmanteau words, or a cornpone cornpoem, or at least a cornponepost. Of course, you might want to dig it all back in and let it stew for another year.

But here is a poem-mix from the Toads poetry reading compost pile. The idea is to dig through the layers, reading as a dig, the poem an earth oven. Careful, some poems smolder for a long time – some are still smoldering, hundreds of years old:

“To the Virgins, to Make Much of Time” (1647), Robert Herrick: the poet argues a proposal – don’t go coy, for one who goes coy risks going solo. Surely there’s a rebuttal to this argument, or the argument is a rebuttal, for going solo is better than going sour?

“To His Coy Mistress” (1650), Andrew Marvell: There are some worms in this one, but embedded in a kind of taphephobic image, and what about those “amorous birds of prey”? Is the poem an appeal to love or to fear? The poet seems to be on the run from something that does not sound too fun.

“Dover Beach” (1867), Mathew Arnold. A couple of hundred years closer to the top, but the poet is still talking to his girl, but coyness doesn’t sound like the problem, but fear has gripped the moment. Lovely evening, but our poet can’t seem to embrace the now; he’s built his compost pile over a cemetery, and that low tide has really got him spooked. Is this any way to talk to a woman? Notice how quiet her response; she doesn’t make a move.

“The Dover Bitch” (1967), Anthony Hecht. Something has happened over the last 100 years, something to the poet, and to the woman, and to the tone. The Sea of Faith is now bone dry. But no one is kept waiting around anymore. The viewpoint has swiveled. Same room, same scene, same poetry garden, but someone has shoveled a lot more irony into the compost pile.

“Dover Butch” (2006), David Biespiel. Another 40 years passes by, and coyness may no longer seem much of a crime, for the rate of exchange has changed, and the viewpoint has swiveled even more. We’re still up on the cliff, but something has changed in the economy, in the exchange. Who’s talking now? Does the woman finally have something to say and says it? Is she a mother now? Perhaps we’ve misheard, but we picture the speaker’s heart sailing off the cliff like a Frisbee.

Carpe diem the light flight of the Frisbee!