Plato opened the first movie theatre, the audience chained to seats, unable to see the projectionist, and there were no refreshments or intermissions. You really had to be a movie buff to enjoy a film at Plato’s Cave.

McLuhan (Understanding Media, 1964) explained that we must be trained to see movies, for “movies assume a high level of literacy in their users and prove baffling to the nonliterate [the unlit].” If a man disappears from the screen, the nonliterate wants to know where he went. “But the film audience, like the book reader, accepts mere sequence as rational.” And perspective is gravity, gravitas. The nonliterate will not sit still and be quiet in a movie theatre. They lack the requisite cultural-etiquette training, which requires the natural, balanced sensorium (the five senses tuned so that no one sense dominates another) to be dominated by the sense of sight. “For those who thus fix their eyes,” McLuhan explains, “perspective results.” This is why hot buttered popcorn is so popular in movie theatres – the nose is hard-pressed to go two hours with nothing to smell. The movie theatre is the new voting booth, where we learn both what we’re missing and what we want. “What the Orient saw in a Hollywood movie was a world in which all the ordinary people had cars and electric stoves and refrigerators…That is another way of getting a view of the film medium as monster ad for consumer goods,” McLuhan said.

There are things we don’t want to see, movies we’ve no interest in, TV shows we channel surf away from, books we self-remainder to the rummage sale. We avoid certain conversations, too, closing our ears now to the sacred, now to the profane; there are things we don’t want to hear. Yet touch is the most involving of the senses, and the sense of smell is stronger than the sense of sight, and is tied to taste. Thus we say of a bad movie that it stinks. We instinctually avert our eyes from the ghastly, but when we want to see what we don’t want to look at, we go to the movies. “It is a spectacle,” Wallace Stevens said (“Chaos in Motion and Not in Motion,” 1945), “Scene 10 becomes 11 / In Series X, Act IV, et cetera. / People fall out of windows, trees tumble down, / Summer is changed to winter, the young grow old, / The air is full of children, statues, roofs / And snow. The theatre is spinning round,….”

“Blessed are those who have not seen and yet have believed” (John: 20-29). Blessed today might be those who have seen and yet still believe. Yet “a fool sees not the same tree that a wise man sees,” Blake said in “The Marriage of Heaven and Hell” (and which the neuroscientists are busy trying to explain). What should we see; what should we read? What are our choices? “It is not irritating to be where one is. It is only irritating to think one would like to be somewhere else,” John Cage said, in his “Lecture on Nothing” (Silence, 1973). Just so, Cage gives us 4’33” of silence, but not silence, for we hear what we hear, note what we note, for we have eyes to see, ears to hear. McLuhan predicted YouTube: “Soon everyone will be able to have a small, inexpensive film projector that plays an 8-mm sound cartridge as if on a TV screen. This type of development is part of our present technological implosion.”

The blogger gets McLuhan’s argument: “The typewriter…has caused an integration of functions and the creation of much private independence. G. K. Chesterton demurred about this new independence as a delusion, remarking that ‘women refused to be dictated to and went out and became stenographers.’” Just so, academics are beginning to refuse the traditional forms of sanctioned publishing, for the potential to blog brings about, as McLuhan said of the typewriter, “an entirely new attitude to the written and printed word.” Back inside Plato’s Cave and McLuhan’s (via Joyce) “reel world,” some critic tries to discern what we’re actually seeing and hearing, as if we don’t have eyes to see, ears to hear. Well, yes, but we can’t see the real thing. Behold, human beings living in an underground cave, blogging. This is a world of appearances, through a glass, lightly shuttering. 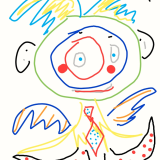 2 replies on “Now Playing at Plato’s Cave: “The Reel World””

This is my favorite piece I’ve read by you, Joe.

Thanks for reading, Keith.

Back Roads to Far Places