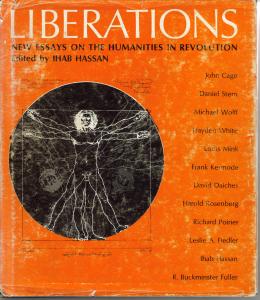 Consider three writers whose business experience may have influenced their writing, and whose writings may calm sweating brows in the Humanities: Franz Kafka, Wallace Stevens, and Ted Kooser. Kafka worked for two insurance companies, Assicurazioni Generali, and the Worker’s Accident Insurance Institute for the Kingdom of Bohemia, where his reports contributed to improvements in workplace safety. One report, for example, commented on “the perils of excavating in quarries while drunk.” Wallace Stevens worked for the Hartford, and, having earned a law degree from New York Law School, eventually earned a position as VP in claims, a job he valued. Few of his peers at the Hartford knew or cared about his poems, but when one of his co-workers came into his office one day asking about one of his poems, Stevens told him not to worry about it, for his co-worker was too literal. And Ted Kooser, poet laureate of the Library of Congress from 2004 to 2006, spent a career at Lincoln Life, another insurance company. John Cage said that when we turn our attention to that music we do not intend, we find the sound a pleasure; just so, we must turn our attention to the Humanities we do not intend.

This benevolent blogger spent 25 years in the republic of an insurance corporation. After teaching for nearly a decade, he had taken a summer off to consider a career change, selected a national organization headquartered in his hometown of Los Angeles, and bought a new suit of clothes to prepare for the new enterprise. He had been reading Thoreau’s Walden, and was well aware of Henry’s advice, in the opening chapter, “Economy,” to “beware of all enterprises which require new clothes” (para. 15), but he nevertheless bought a new pair of wingtips, on the assumption that these were the shoes worn in the business world. He soon found he was the only one in the office in a pair of wingtips. Everyone else seemed to prefer penny loafers. Thus began his education into business. The office had bells, bells to signal the start of work, bells to signal breaks and lunches, and bells to signal the end of the workday. Indeed, the office had more bells than had any school he could remember, and he was reminded of Poe’s bells, “…Keeping time, time, time…to the throbbing…to the sobbing…to the moaning and the groaning of the bells,” though the office bells touched not the acoustic heart, being electric, and he thought too of McLuhan and Fuller – that old school prepared one to work in a factory, though he watched that factory change with locomotive speed: first the bells were freed, then the men from their ties, and more gradually the women from theirs. But these changes move not linearly, as a locomotive moves, but mosaically, and it’s often difficult to know if change in business is carrying one forward or backward. But the same is true in the Humanities, where bells and ties have also had their heydays, and specialization has now created a mosaic one can read neither “out far nor in deep.”

And one also finds in the Humanities heavy doses of alienation, particularly in the bust phase of the current devaluing of the purpose of a liberal arts education as academic acculturation adulterates, through competitive forces at work in the market place, for schools are part of the commercial marketplace, as they are increasingly discovering, yet business and schools alike continue to lobby for bailouts, and neither seems to have found a purpose and audience that is sustainable in a self-contained strategy and structure. For all the criticism of the “profits” these days, the universities may have dissed their affections once invested so heavily in the public interest. What’s left is elitism, with no access for the underclass, or, increasingly, even the middle class, but can there be a balanced elitism fueled by the working class? There was in California before Reagan set about to dismantle the best university system in the world. Still, one finds no less alienation in the Humanities than one finds in capitalism. For Marx, “the worker finds work a torment, suffers poverty, overwork and lack of fulfillment and freedom. People do not relate to each other as humans should,” but does this not describe the plight of today’s average Humanities adjunct? Why can’t schools run more like businesses? Perhaps they already do, as reflected in the competitive nature of grades, even as inflation has rendered the currency valueless.

For businesses have for some time been operating more and more like schools, creating campus atmospheres, valuing continuing education for employees, including executive training that exceeds anything available in the Humanities (Wharton is a good example), inculcating team atmospheres, and creating and running corporate universities that encourage personal, purposeful growth. But schools lack the sense of urgency that permeates the business world. Tenured professors don’t work full time, think alike (the competition is not for ideas, but to maintain the status quo), too much research is funded at the public trough yet is insulated from public view. The separation of business from the Humanities creates a false dichotomy that nevertheless suggests its own solution. The Humanities should embrace business with a sense of urgency, for their Titanic has hit its iceberg, and that the ship will sink stinks with mathematical certainty.